What ab exercise will get me a 6 pack? 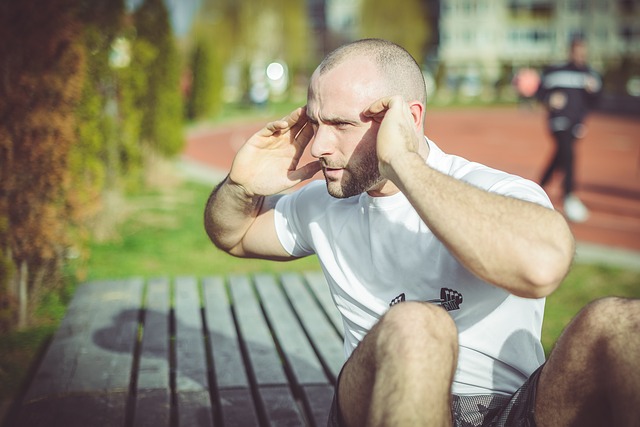 Q: I read somewhere (cough, cough US Weekly) Brittney Spears does 1000 crunches per day. She has amazing abs. Should I be doing crunches?

Surprisingly, this question gets asked a lot… By guys.

Can you blame them though? I think 99.9% of the male population would love to have Brittney Spears’ abs

But here’s the problem… In fact, it’s the same problem the US military ran into during World War II.

See, Abraham Wald was hired to help the U.S. win World War II. He didn’t fly a fighter pilot though. He also wasn’t a famous general. In fact, he never even fought in a battle. Instead, he helped the military see things differently, things that allowed them to win the war. One assignment in particular showed just how differently he saw things.

So, instead, the generals, captains, and fighter pilots concocted a plan. It was simple and straightforward. Look over the planes that returned, determine what parts of the plane had the most bullet holes, and add more armor to only those parts.

That seems like the logical. Right? That’s what I’d do.

Abraham, a brilliant mathematician, disagreed. In fact, he said they were overlooking a key piece of information – the missing bullet holes. The planes that returned rarely had a bullet hole in the engine. What about the planes that didn’t return? Was it mathematically possible that the enemy consistently missed the engine, despite hitting almost every other part of the plane? Was it possible this happened on just not one plane, but hundreds upon hundreds of planes?

Or, was it more likely that the planes that had bullet holes in the engine never returned to base? They were shot down instead, casualties of war. And if so, could one conclude bullets to the engine were almost always fatal, and that’s where the extra armor needed to be?

The military agreed with Abraham. The answer was in the missing bullet holes. The engine got the extra armor.

So, what are we missing with Mrs. Spears?

This. This is what we are missing……….

Although I don’t know Brittney Spears or what she does daily, I can make an educated guess:

1 Reason She Has Great Abs:

She probably has a personal chef or at the very least a nutritionist. I would assume she knows exactly how many calories to eat, eats pretty clean, and has healthy meals prepared for her. Abs, as we all know but are afraid to admit, are made in the kitchen not the gym.

Brittney eats less calories than you.

2 Reason She Has Great Abs:

She dances. She dances A LOT. If I had to guess, I’d probably say she practices anywhere from 2-4 hours per day, if not longer. She probably easily burns 1500 calories per day just with just her dance practice. In addition to dance practice/performances, Brittney also says she strength trains for 1-2 hours 5 days per week.

Brittany burns more calories than you.

3 Reason She Has Great Abs:

She has good genetics. Although bad genes, especially related to obesity, are not a death sentence as once thought (nurture > nature), good genetics does make it easier to keep a 6 pack.

Brittany has better genetics than you.

Instead of performing 15 minutes of abs, perform a few sets of HIIT on the treadmill or spin bike. Or, perform 15-20 minutes of jogging or biking at a moderate pace. Burning a few extra calories, even if it’s only 100, will do far more for your waistline than 1000 crunches.

Once your happy with your waistline, then perform some crunches, reverse crunches, etc.

And by golly, don’t believe everything you read in US Weekly. The headlines and sound bites often only tell 1/4th of the story, if that.

“Brittany Spears does 1000 crunches everyday to get her sexy 6 pack.”

“Brittany Spears’ secret to a sexy six pack – a personal chef she pays $20,000 per month who cooks her all of her healthy meals, a trainer who comes to her home gym 5 times per week at a cost of $2000 per week, 20 hours of weekly dance practice, and great genetics.”